Classical topological order in the kinetics of artificial spin ice 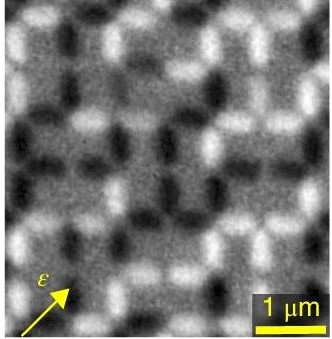 Systems of interacting nanomagnets known as artificial spin ice have allowed the design, realization and study of geometrically frustrated exotic collective states that are absent in natural magnets. We have experimentally measured the thermally induced moment fluctuations in the Shakti geometry of artificial spin ice. We show that its disordered moment configuration is a topological phase described by an emergent dimer-cover model with excitations that can be characterized as topologically charged defects. Examination of the low-energy dynamics of the system confirms that these effective topological charges have long lifetimes associated with their topological protection, that is, they can be created and annihilated only as charge pairs with opposite sign and are kinetically constrained. This manifestation of classical topological order demonstrates that geometrical design in nanomagnetic systems can lead to emergent, topologically protected kinetics that can limit pathways to equilibration and ergodicity.